Joan Geary: Reconciled Among the Stars 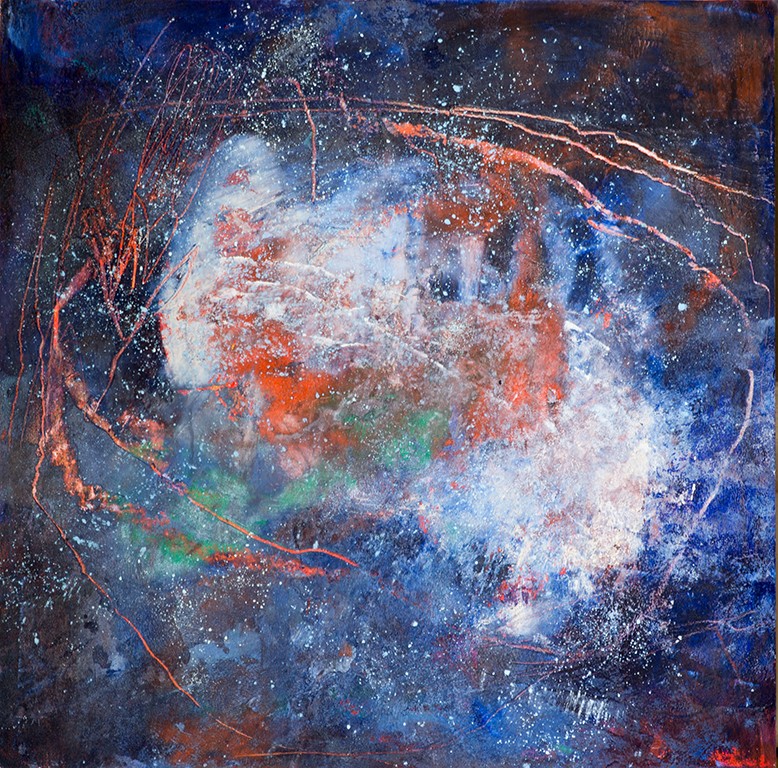 Joan Geary: Reconciled Among the Stars

Geary is an intuitive painter whose works evolve without any premeditated plan. In the past decade, she has been working mainly in oil and cold wax medium, building the surfaces with layers of paint and gestural marks until the work begins to suggest something meaningful, often spiritual.

As a born again Christian (at the age of 60), Geary states: “More and more, as I draw closer and closer to God, my work is becoming cosmic, evoking a transformation of spirit and mind. I often pray for guidance with the work, and more than anything, I want the end result to glorify Him. Sometimes, my prayers are answered immediately, with an almost ‘automatic writing’ kind of solution to a problematic painting. Many of the current works are inspired by scripture as well as poets such as William Blake and T.S. Eliot. They deal with issues of creation, the nature of time, and salvation.”

Click on each thumbnail to see full-size images from the exhibition.

All works are oil and cold wax on panel unless otherwise noted.