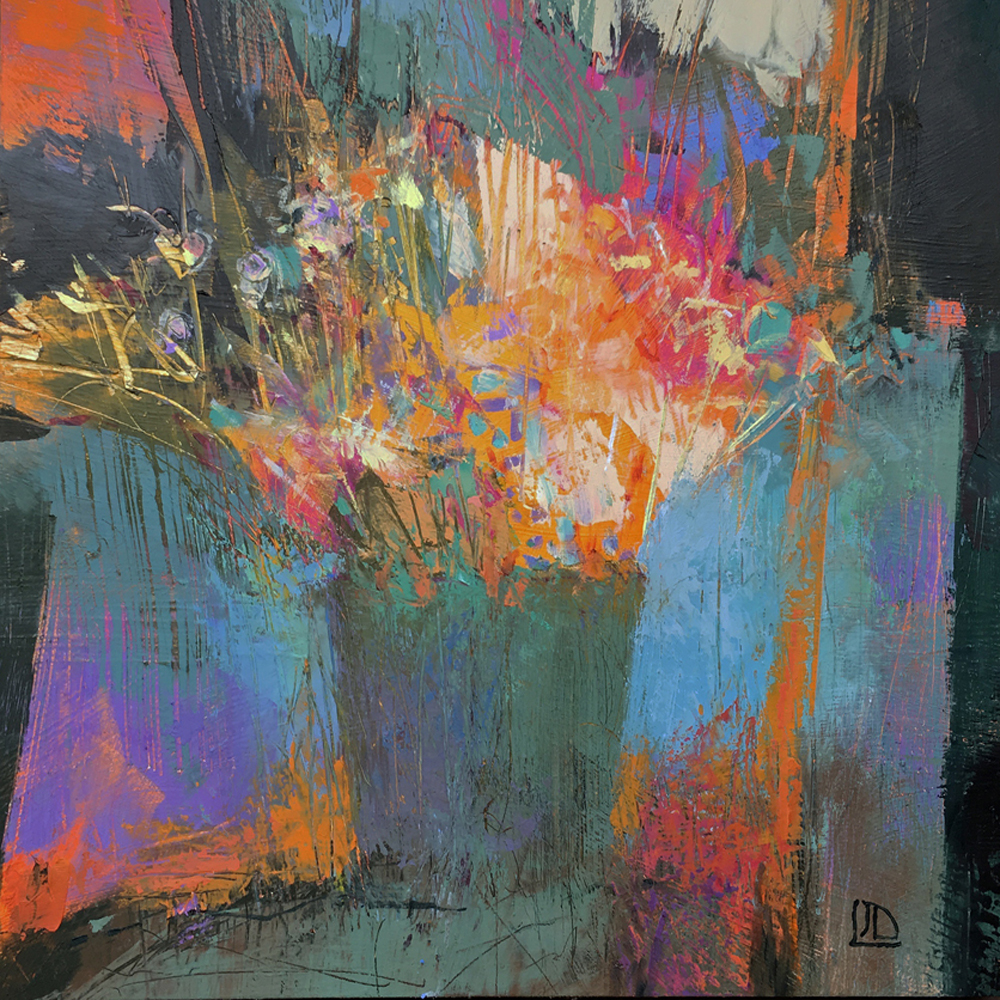 “Painting is my way of celebrating the universality of life on a fragile planet whose future environment is increasingly in question.”

Artist Larry Jon Davis is a native of the Mississippi River town of Clinton, Iowa. His early ability and interest in drawing culminated in 1967 with a B.A. in art from the University of Iowa. The year after graduation, he enlisted in the USAF and spent 4 years based in the East of England. Upon return to America, he renewed his role as artist and educator. In 1985, part way through his masters program at the U of Iowa, he accepted a position at Florida State College at Jacksonville, where he served for the next 27 years as Professor of Art and Fine Arts Coordinator. Early in this period he completed his graduate art studies at Jacksonville University. During this time in academia he also achieved a growing reputation as a printmaker and painter. Finally in 2012, following retirement, he and his wife Jacquie, set a new course by relocating Davis Studios to Knoxville, Illinois and to the Midwest environment, long an artistic inspiration.

During his career Davis’ works have found their way into a broad array of private, corporate and public collections. Much of this art was influenced by travel in the UK, Continental Europe, Japan and North America. Over the decades his style has evolved from realistic towards a more expressive and abstracted manner. During the last four years he has eagerly pursued new effects through the introduction of cold wax medium into his oil painting technique.

“Cold wax changes not only the look and texture of my paint surface, but also the range of new tools I can use. Now, squeegees, brayers, styluses, steel wool and even sandpaper all find a way to augment my traditional brushwork. Above all, I’ve enjoyed a newfound means to quickly apply layers of contrasting and complementary hues. Then, the wax allows me to expose earlier layers already in place. Hopefully this juxtaposition of colors, textures and hinted subjects will appeal to your imagination. and visual curiosity.

Click thumbnails to view full-sized images of the exhibition.